My friends Casey and Jack were recently engaged and they had a great party at Casey's Aunt's home to celebrate. There were quite a few HubSpotters who came and one hell of an after party.

Casey's Uncle is from Baltimore and after about 11pm he broke out the National Bohemian beers.  Everyone should try one of these. They go down just as smooth as your 4th Bud Light. 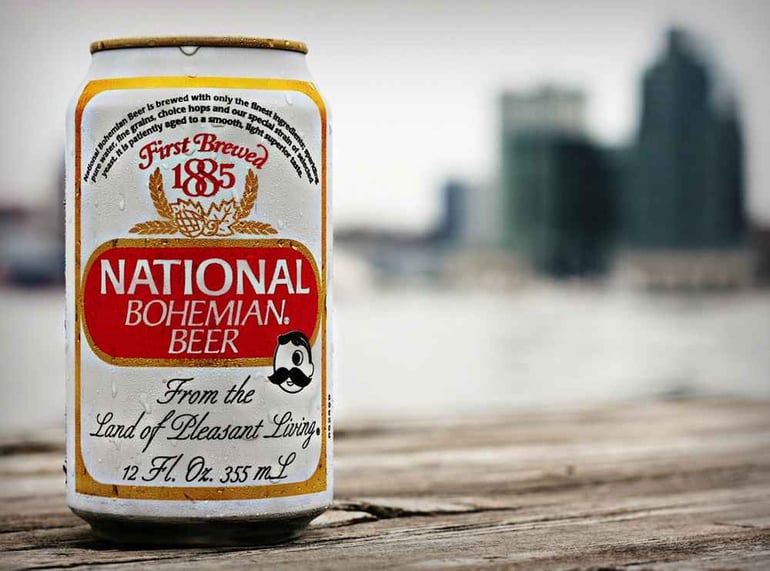 Here are a couple group shots of the HubSpotters at the party. Here we have employees from our Services, Academy and Pro Services team. It sounds like Casey has a lot of friends at work! 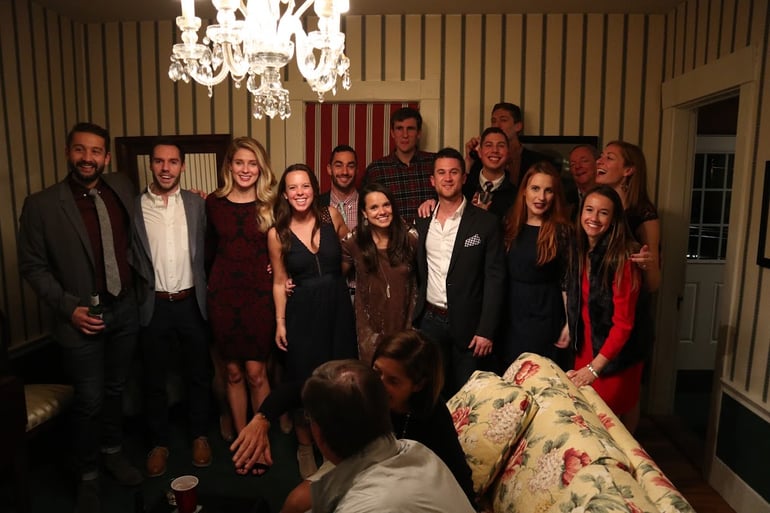 This is a picture of my boyfriend, Julien. Yes, I did pick out his outfit. Thank you for noticing. 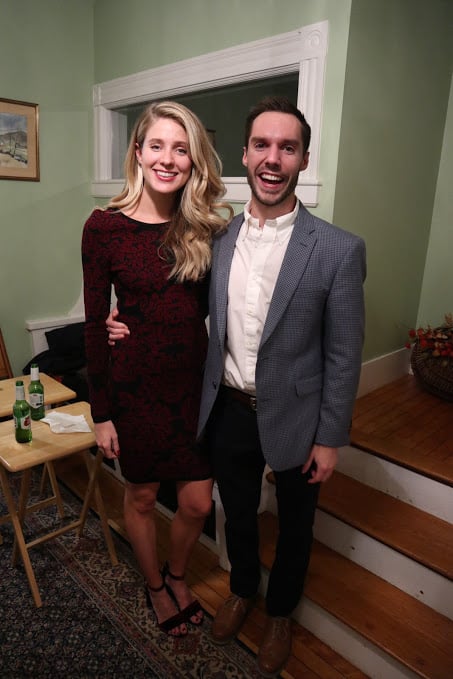 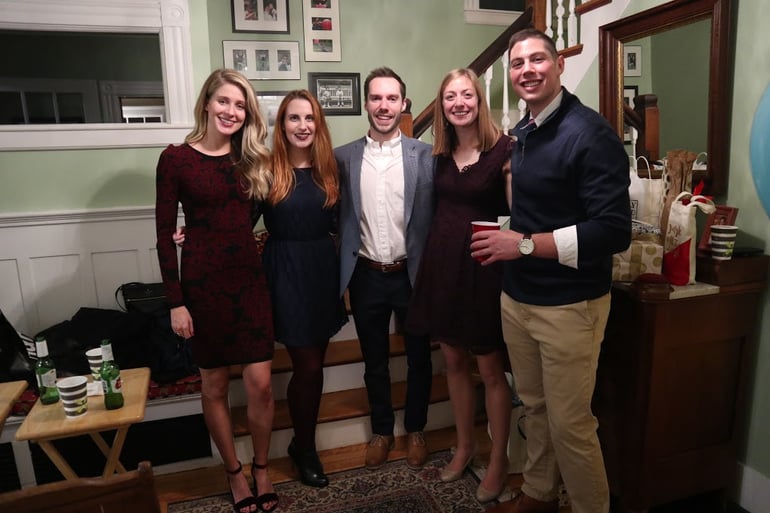 Here is a photo of the happy couple. Way to throw a rager of an engagement party guys! 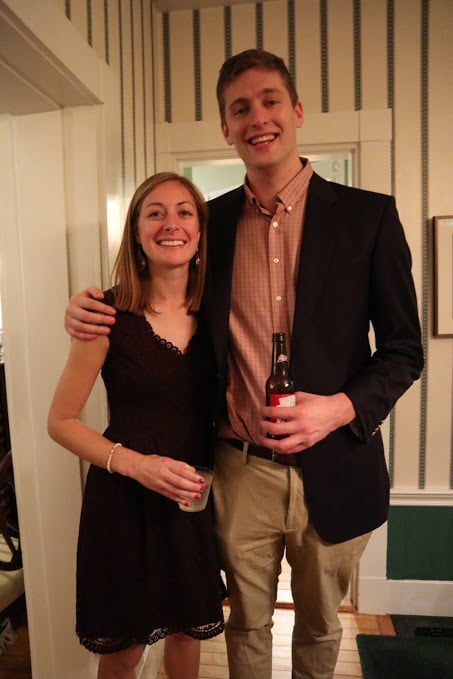 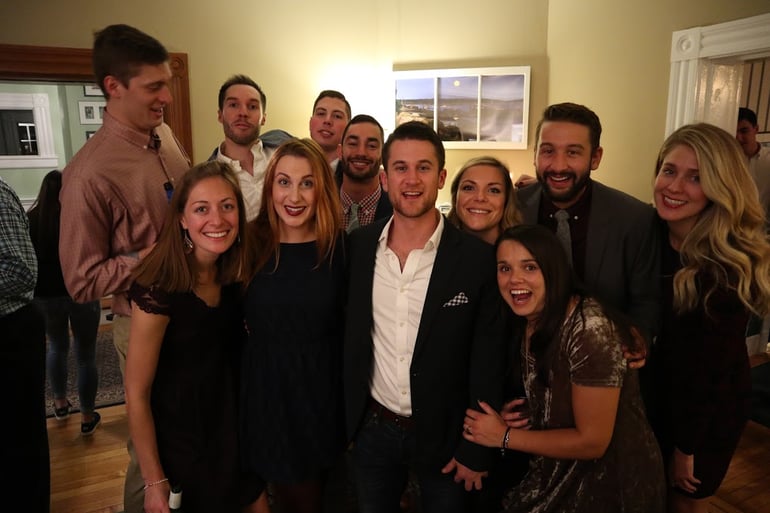 This must be the time when Jordan and I are drinking spiked coffees and he's telling a jaw dropping joke. 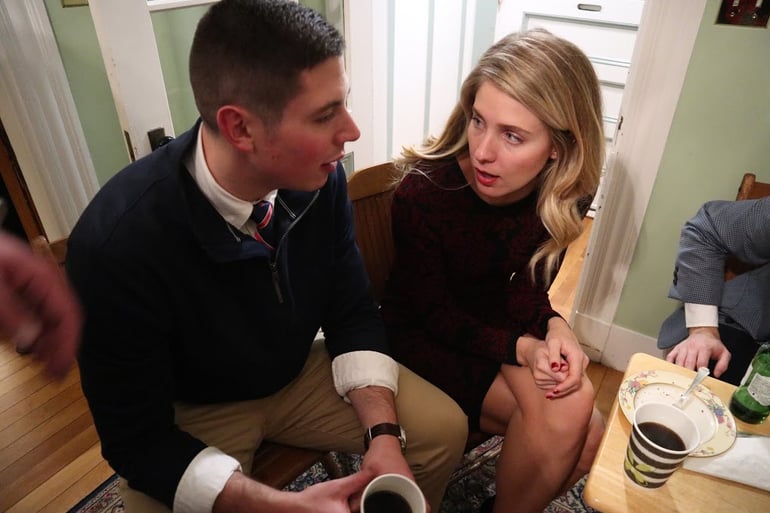 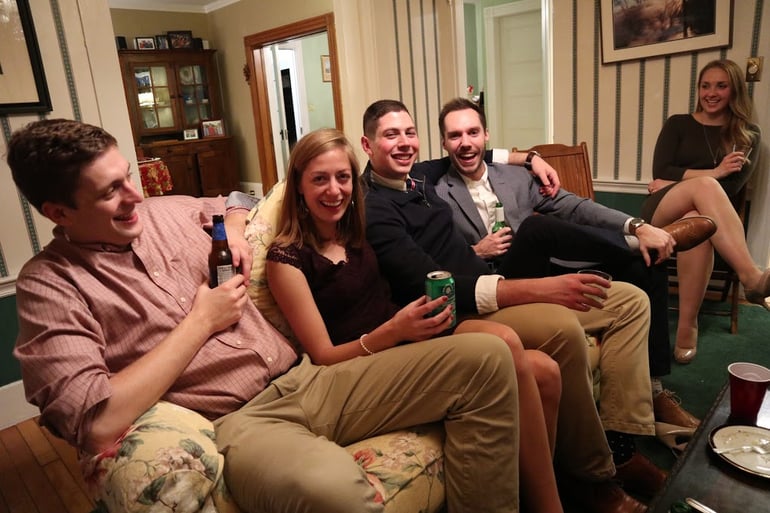 After most of the guests left, Jordan decided to put on his favorite. QUEEN. Bohemian Rhapsody (really sticking to a theme here) has been the go-to karaoke song for this group and it did not disappoint. These photos describe what took place after.